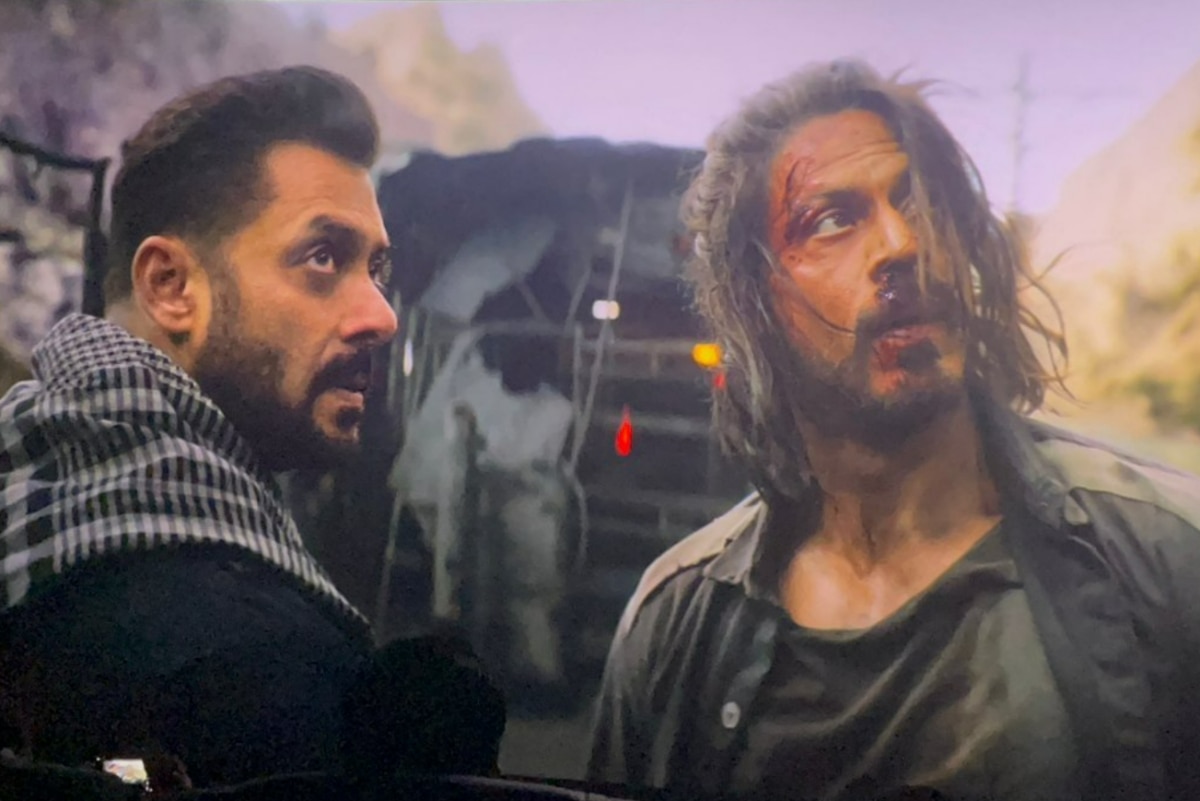 Pathaan Movie: It’s officially a Pathaan day as Shah Rukh Khan’s most-awaited film has been released on January 25, Wednesday. Pathaan is a big-budget high-octane action thriller that has impressed the audience and the critics. Shah Rukh Khan has made a comeback as a lead actor after four years. His last film was Anand L’s Zero along with Katrina Kaif and Anushka Sharma. Pathaan has been declared a ‘blockbuster hit’ on social media and even the sequence which has got everyone absolutely excited is the one featuring Salman Khan aka Tiger and Shah Rukh Khan aka Pathaan together. The two big stars have reunited on-screen after a long time.

YRF has launched a Spy Universe where its spy-action-thriller films will feature RAW agents. There is no secret that Salman Khan is in Pathaan as Tiger, but without any spoilers, we have a little more to add. As Tiger helped Pathaan in an action sequence, Pathaan will also be seen in Tiger 3 helping Tiger. In the Siddharth Anand directorial, Salman Khan invites Shah Rukh Khan to enter Tiger 3 directed by Maneesh Sharma. It’s time for Pathaan to help Tiger now!

Salman Khan and Shah Rukh sharing screen space again in Tiger 3 is going to be a massive celebration for every movie lover. After Pathaan, it will be their second crossover.

Tiger 3 will also feature Katrina Kaif and the film will be released on the occasion of Diwali 2023. It will be the third installment movie of the Tiger franchise. The first two editions in the series were – Ek Tha Tiger and Tiger Zinda Hai.