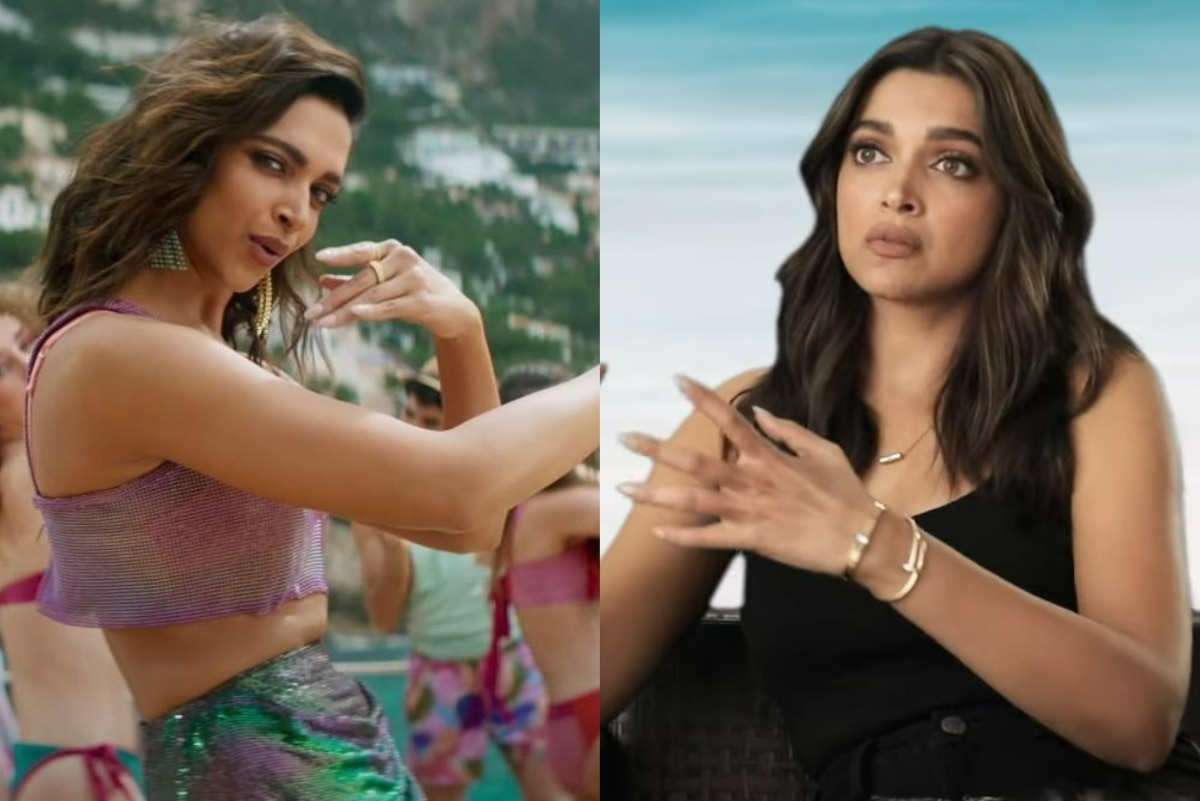 In a new video released by YRF, Deepika Padukone speaks on shooting the popular Pathaan song – Besharam Rang, for the first time, and how difficult was it. Watch the video here.

Deepika Padukone on Besharam Rang: Actor Deepika Padukone finally spoke about all the problems she faced while shooting for the Besharam Rang song from her upcoming movie ‘Pathaan‘. The actor appeared in a promotional video shared by YRF and mentioned how she shot the song in freezing cold weather even though it is made to look like a nice, sunny day in the video. “I had to work a lot harder for Besharam Rang. It’s sort of in a way my solo song. The location we were shooting at was really difficult because even though the song looks really summery, bright, and beautiful, it was actually freezing. It was extremely windy. So, we were working in difficult conditions. Making it look like it was beautiful and sunny was the tough part,” she says in the video.

She also spoke about teaming up with Shah Rukh Khan again. Deepika has worked with King Khan in three movies – Happy New Year, Chennai Express, and her debut movie ‘Om Shati Om‘. Talking about her experience this time, she said, “Shah Rukh and I have been very lucky to have had the opportunity to work in some incredible movies starting with Om Shanti Om! I’m collaborating with my favourite co-star Shah Rukh. We have a beautiful relationship and I think the audience always sees that in the movies that we do.”

Deepika added, “Whether it is the director (Siddharth Anand) and his vision or it’s the cinematographer (Satchith Paulose) and how he is envisioning lighting us, whether it’s the stylist (Shaleena Nathani) – how she envisions these characters, whether it is your hair and make-up team. So, it’s your entire team that sort of comes together, so sure you can put in the work and do the best you can but you also have incredible world-class professionals who come in and make us look the way we do!”

HOW SPECIAL IS PATHAAN FOR DEEPIKA PADUKONE

Pathaan is part of Aditya Chopra’s ambitious spy universe and also stars John Abraham. The film is set to release on January 25, 2023, in Hindi, Tamil, and Telugu. Watch this space for all the latest updates on Pathaan!